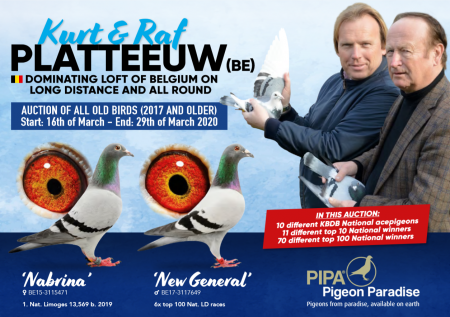 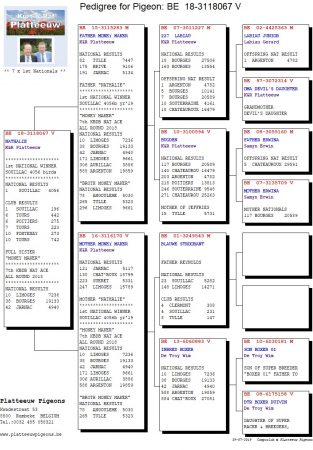 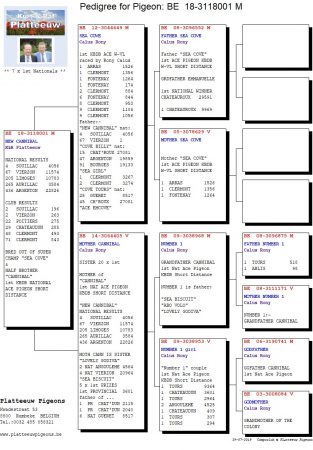 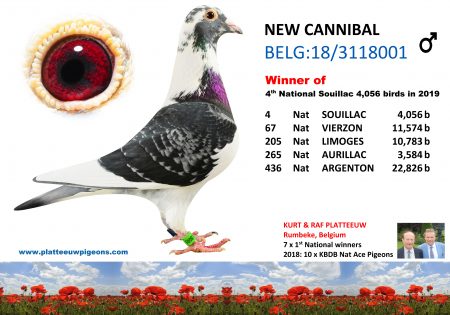 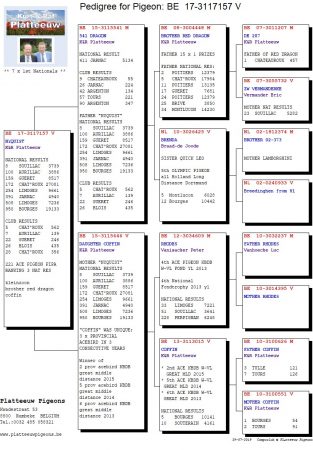 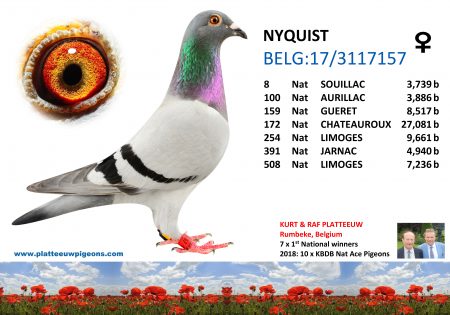 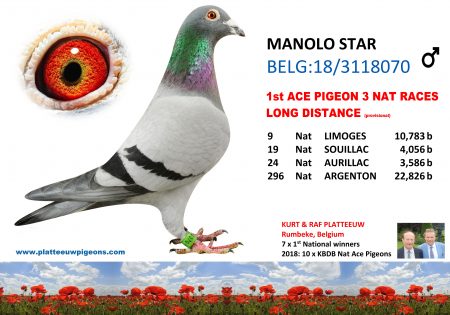 On Limoges, the two hens arrived together “Nabrina” and “Peter Pan” – a real sight to see for everyone who had gathered to watch at this All Round loft. They were tipped as favourites but, as Kurt himself says, it’s easy to be considered a favourite, but it’s a whole different task to actually win it! Following on from his 124 x top 100 National prizes in 2018, all of his old birds have either won top National prizes, or are National and Provincial Ace Pigeons … a top class team which most can only dream of! 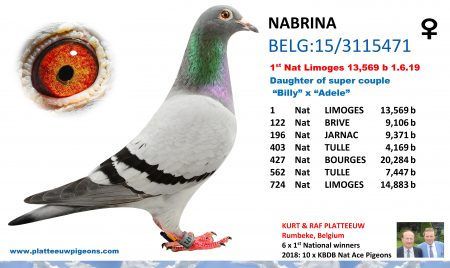 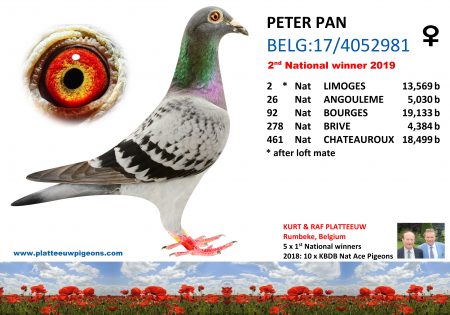 “Catoo”
?1st National Aurillac 3,586 birds
In Kurt’s own words, this national victory was the best achievement of his sporting career … so far! Almost 30 minutes in front of four loft mates, all five being the fastest birds in the province! “Catoo” was one of the best of the young bird team last year, and is no stranger to great results, having won 31st National Vierzon at the start of this year. Her results include 1st Chateauroux 214 birds; 1st Vierzon 263 birds; 1st Aurillac 126 birds; Provincial: 1st Aurillac 468 birds; 3rd Vierzon 1,473 birds; 9th Chateauroux 2,429 birds; 29th Bourges 2,228 birds. “Catoo” is daughter “Manowar” winner of 50th National Angouleme 5,030 birds. 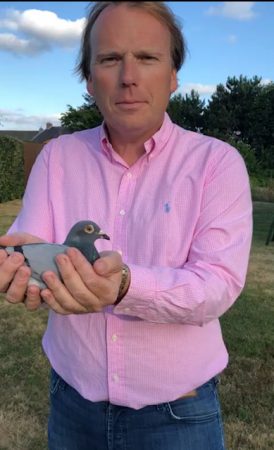 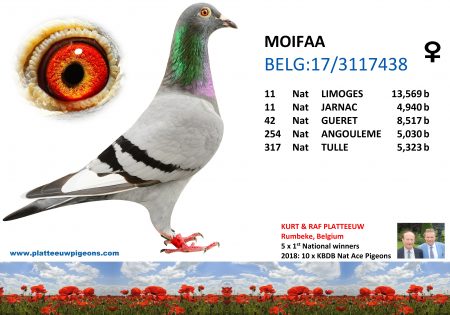 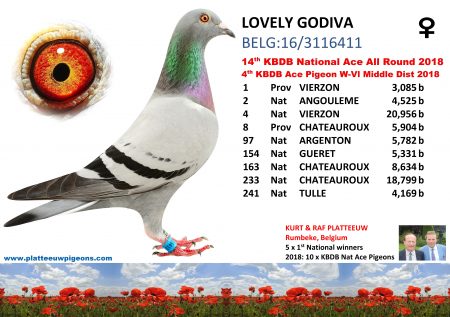 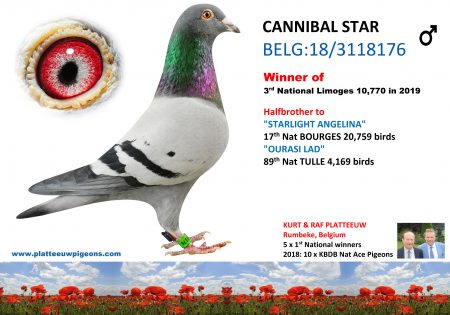 “Manolo Star”
?9th National Limoges 10,770 birds
Two minutes later, also from the “Starlight” family … this yearling cock is a grandson of “Starlight”. As a young bird he scored 13th Pontoise from 607 birds; 15th Chateaudun 285 birds; 28th Clermont 597 birds and 56th Chateaudun 589 birds. He will be one to watch for the rest of the season … His father was also competing on the Limoges National, arriving ten minutes after his son, and is Kurt’s 2nd old bird home, scoring 33rd National Limoges 9,689 birds! 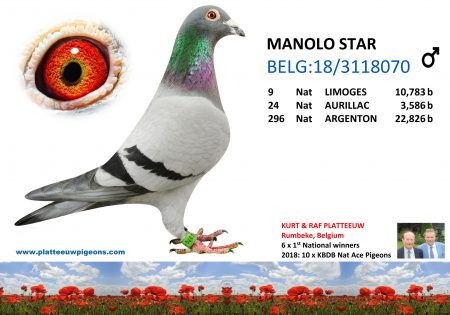 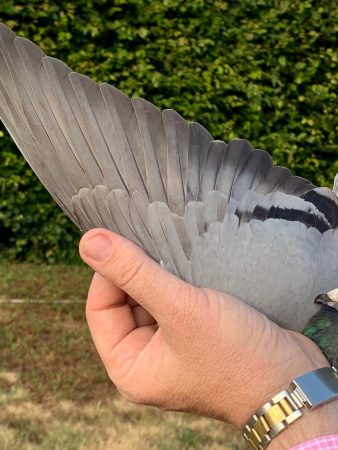 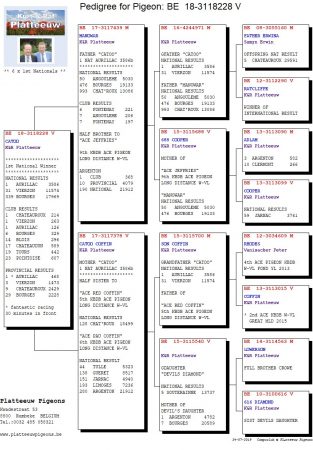 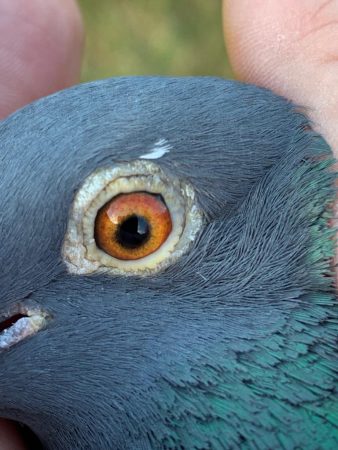 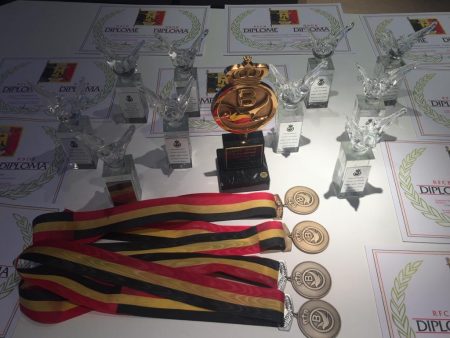 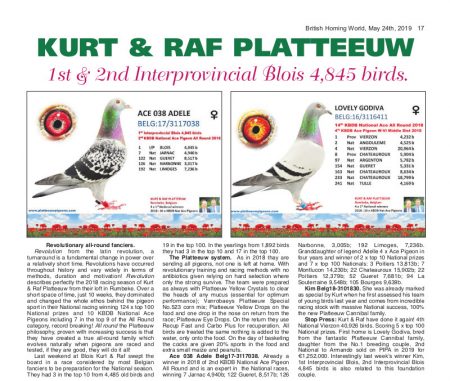 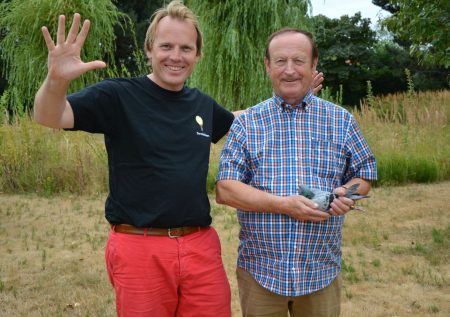 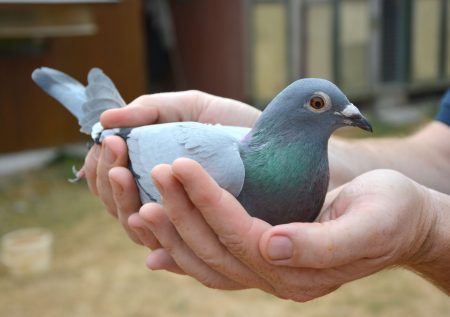 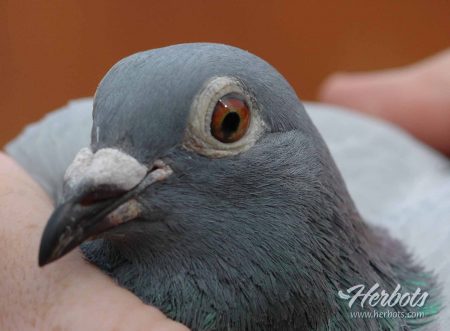 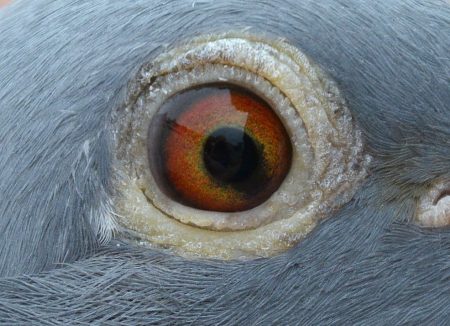 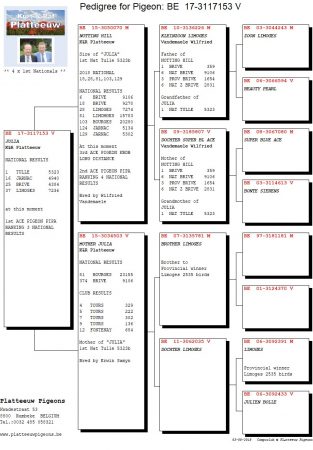 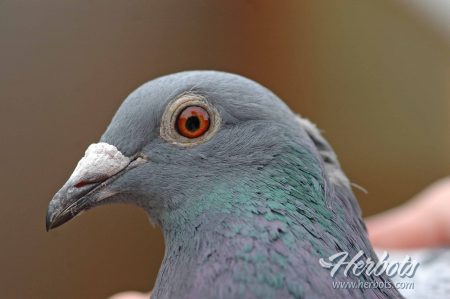 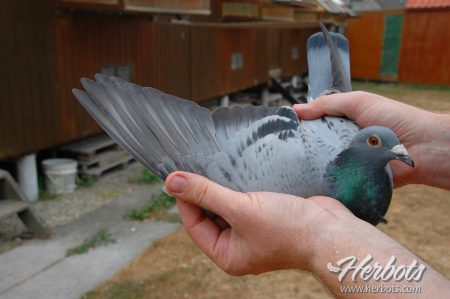 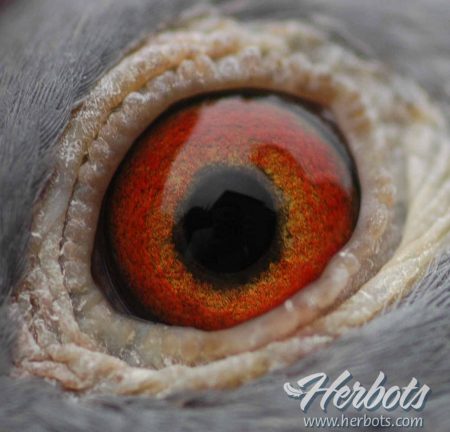 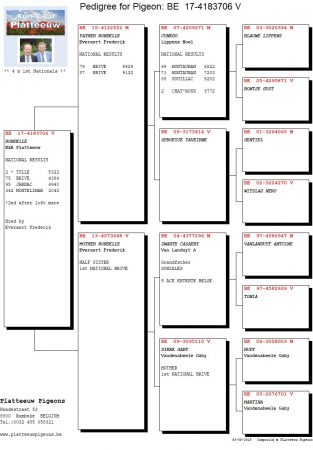